Our work as a marketing company in Bradford means we keep a close eye on marketing stories. As such we’ve rounded up some of the key marketing stories from the last month. From chocolate bars to robot orchestras, September’s marketing has plenty of interesting topics! 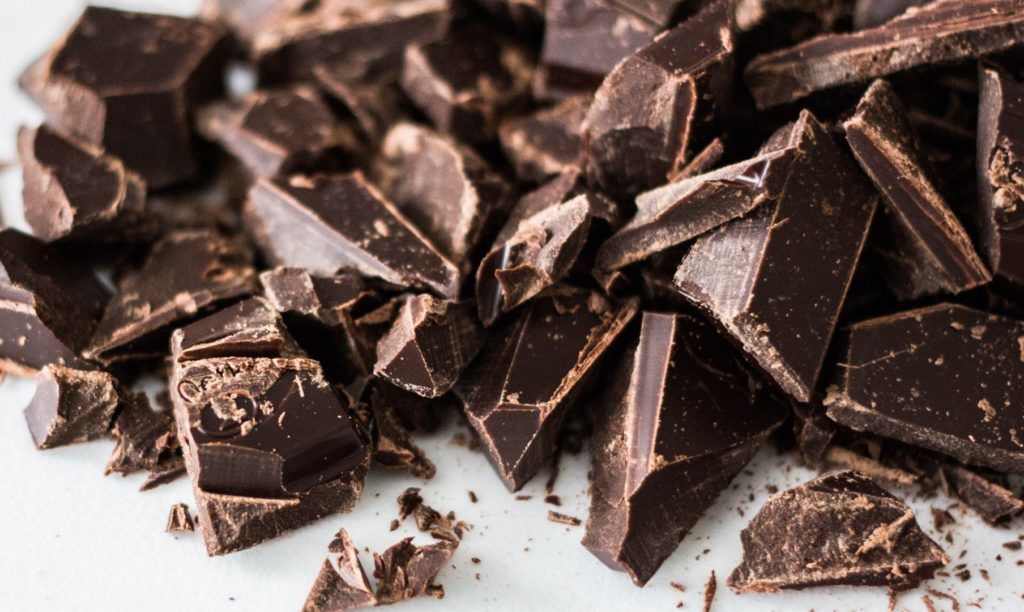 September has brought us several chocolate-related stories to sink our teeth into.

Cadbury’s have removed the text from several Dairy Milk packets as part of an anti-loneliness campaign. The ‘Donate Your Words’ campaign is a partnership with elderly charity Age UK, and a response to the UK’s high numbers of lonely people. According to the Age UK website 1.4 million older people struggle with loneliness, while 225,000 can go a whole week without talking to somebody.

The campaign encourages chocolate fans to talk to older people (including relatives), check in on older neighbours or volunteer with Age UK. Keep an eye out for the limited edition bar in supermarkets nationwide.

A vending wholesaler has been forced to ration Cadbury’s new Twirl bar. According to Planet Vending, the Orange Twirl is so popular that getting hold one is surprisingly difficult. Sellers are charging exorbitant prices for the confection, while the wholesaler has capped sales at 20 cases per customer.

The craze has been compared to Cadbury’s revival of the Wispa brand in 2007. At first it was brought back on a trial basis, but its massive sales numbers—20 million Wispas in seven weeks—encouraged Cadbury’s to bring it back for good. Despite its initial success, though, the Orange Twirl seems to be a one-off release.

Mars are reviving the Marathon brand for a limited time. The company changed the UK name from Marathon to Snickers in 1990, so that they could sell the bars worldwide without issue. They’re bringing back the brand to commemorate 85 years of Mars chocolate production in the UK. It’s not hanging around for long, though; Mars will be reverting to the old brand after three months.

The UK is a nation of chocolate lovers, and as such marketing campaigns around chocolate are often interesting. For Mars, banking on nostalgia is a great strategy, especially when it comes to something as beloved as chocolate. Cadbury’s loneliness campaign is also noteworthy, though the lack of obvious connections to Age UK might lessen its impact.

The End of an Era

French magazine Marie Claire is shutting down its UK print arm. The magazine will live on as a digital version of the magazine, though overseas print editions will continue to be published.

Marie Claire‘s first issue appeared in 1937, and it covers topics such as fashion, health and beauty. The first UK issue was published in 1988; it set itself apart from similar magazines by mixing fashion advice with more serious topics. The magazine would go on to win four Amnesty Media Awards for its reporting.

However, the magazine’s UK circulation has been low recently. ABC reports that Marie Claire‘s average circulation had fallen to about 120,000 last year; of those, almost 42,000 of those were given away for free. It joins the likes of NME, FHM, Now and Instyle in the digital-only club, though print magazines like TV Choice, Slimming World and Private Eye remain popular with UK audiences.

The rise of digital content plays a major role in the decline of UK magazines, with total paid-for magazine sales tumbling to 481 million last year. Sites like YouTube, Twitter and Facebook let us stay abreast of relevant topics more easily, while services like Netflix also steal our time. Publishers are having to branch out into new areas—like ecommerce and events—to keep going, and they must think carefully about how to stay relevant in a radically different publishing landscape.

A Spot On Campaign 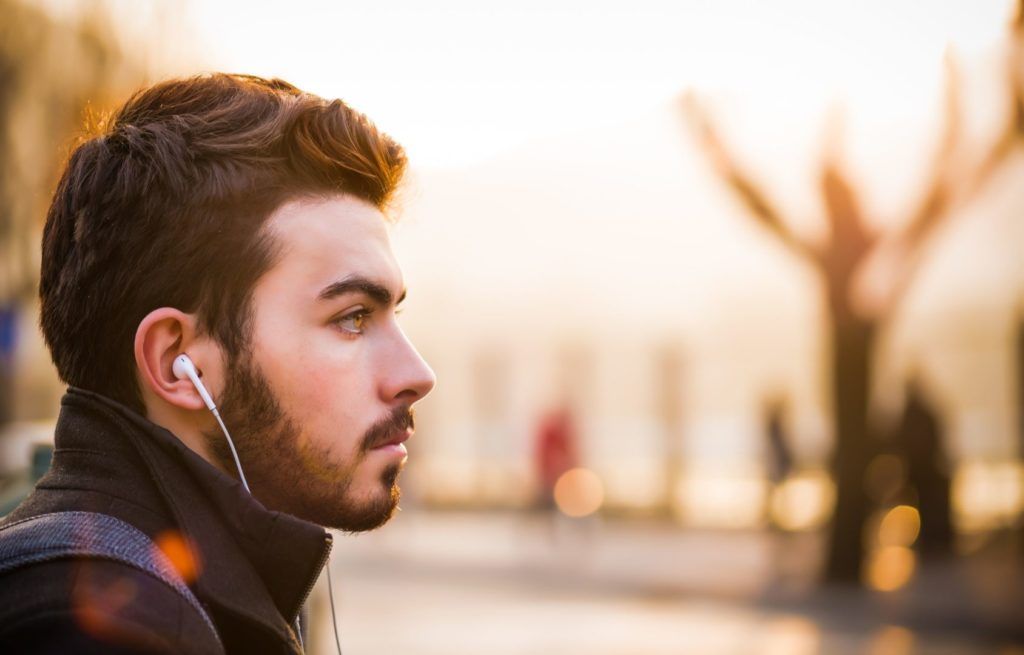 Streaming service Spotify have launched a new campaign exploring our cultural shifts. Shoppers in Manchester have spotted banners comparing our music and lifestyle changes over the last few decades. Cultural touchstones like Smashing Pumpkins, UB40 and the Spice Girls all get a mention, as do more mundane phenomena like avocados, conference calls and 40th birthdays.

The campaign reflects Spotify’s wider talent for savvy marketing. Their previous marketing efforts have highlighted user-created playlists, including an ‘I love gingers’ playlist with over 40 Ed Sheeran songs. Other Spotify ads compare the popularity of different songs; ‘God is a Woman’ is far more popular than its male counterpart, for instance.

Spotify’s ads demonstrate a keen understanding of their target audience, whilst subtly advertising their breadth of content and the services they offer. We expect their savvy streak to continue for some time to come.

Kelloggs are launching their own vegan meat brand, as vegan food products continue to grow in popularity. Incogmeato products mimic popular items like beef burgers and chicken nuggets, and Kelloggs’ will sell them under their MorningStar Farms brand.

The Incogmeato products will look, feel and—presumably—taste very much like the meats they’re mimicking. While Kellogg’s has sold vegetarian products for some time, these new foods are following in the footsteps of meat-mimicking products like the Impossible Burger, which are appearing in multiple fast food branches and grocery stores. Kelloggs is still doing very well with vegetarian foods, but their market share has declined significantly, and their cereal sales have declined too. Incogmeato may be a way to rectify that.

While Kelloggs’ new vegan options may do well, there are some obstacles to consider. The MorningStar Farms brand isn’t that popular in the UK, making it difficult for it to stand out. A lot of people are also suspicious of these meat-free products, arguing they are too processed and unhealthy (though food processing isn’t always a bad thing). These issues could prevent Incogmeato from doing well, especially since real meat is still very popular.

Vegan foods are increasing in popularity, but there are no guarantees that a specific vegan brand will succeed. Kellogg’s will need to carefully consider Incogmeato’s selling points if they want to gain a foothold in this new market.

LEGO have unveiled an orchestra with dozens of Star Wars droids playing the instruments! 95 LEGO robots—including 46 R2D2 droids—can be seen performing a recreation of the Star Wars theme. The orchestra was ‘conducted’ by musician and creative whiz Sam Battle.

Each droid in the video uses LEGO’s new BOOST system, which allows children to build robots using various motors and sensors. The children then control these robots using a tablet app, which contains a simple, child-friendly coding language. 2019 also marks the 20th anniversary of the popular LEGO Star Wars range, which LEGO has commemorated with various models and deals.

The orchestra acts as a neat promotion for some of LEGO’s key properties. The LEGO Group has been investing in various new schemes—like plant-based components and augmented reality models—to ensure they stay relevant in a highly competitive market. BOOST is part of that wider strategy, though their profits have dropped as a result of these investments.

Regardless of what happens next, this is an impressive technical achievement and a great showcase for LEGO’s brand values.

Give Your Site a Spark

September’s stories demonstrate that nostalgia remains a powerful marketing tool. We expect the likes of Spotify and Mars to get plenty of attention as a result of their marketing campaigns. At the same time, Marie Claire, Kelloggs and LEGO show us that fondness for the past can only take you so far. Brands also need to innovate and try new things if they want to stay relevant.

If you’re worried about your own marketing, have no fear; Electric is here to help! Our marketing company in Bradford helps brands get the best from multiple marketing channels, including social media, PPC, emails and SEO optimised content. We can generate marketing plans that focus on the most useful services. We also work as a specialist branding agency, and we can build new brands with clear, competitive identities and a captivating look.

Electric also has plenty of experience as a web design agency. Our team creates responsive websites that are easy to browse on PC, tablet and mobile. We also make sure your site is SEO-friendly, by creating engaging copy to draw in your customers.

Get in touch with us today by visiting our Contact Us page, or give us a call on 0113 287 9900. Your dream marketing strategy is closer than you might expect!