The decade is drawing to a close, but there’s still plenty of marketing stories to enjoy! Our marketing agency in Bradford has  rounded up some key developments from the last month. From game streaming to digital development, we’ve got something for all our readers to learn from!

Back in our March marketing recap we discussed Google Stadia, Google’s new games streaming service. The ambitious service would allow users to play video games with greater flexibility than conventional gaming hardware allowed. Now Google Stadia has launched, and it’s something of a mixed bag.

Gaming sites like Eurogamer have spoken positively about Google Stadia; however, they acknowledge there is a problem with latency, even if that’s not necessarily a dealbreaker. The Guardian also reports playing Stadia games on the go is difficult, since only Google’s phones support the service right now.

Although there are other teething troubles, like a small game library and missing features, we expect Google Stadia (or services like it) to grow in popularity. Streaming services like Netflix have already transformed how we watch TV and films. We expect that something similar will appeal to video game fans.

Thinking Outside the Box

BritBox, a new streaming service focused on British TV programmes, has officially launched for consumers. The service is a new collaboration between the BBC and ITV, with hit shows likes Gavin & Stacey and Love Island. The service will also offer new, exclusive programmes such as Lambs of God.

While BritBox promises a wide selection of TV shows for Anglophile audiences, a few shows (like Till Death Do Us Part) won’t be appearing due to racist or inappropriate content. However, other problematic TV shows (like Fawlty Towers) will feature disclaimers before the episodes are played.

BritBox joins a crowded market of streaming services, with heavy hitter Disney+ due to launch in the UK next March. Its British focus helps to differentiate it from other streaming services. At the same time, it’s another expense to consider in our TV viewing habits. Britbox is also allegedy missing some key features, including content from Channels 4 and 5, several popular programmes and even general device availability.

Still, teething troubles haven’t prevented Disney+ (and original shows like The Mandalorian) from gaining an enthusiastic userbase. Britbox doesn’t have the same cultural clout as Disney but hopefully it’ll be able to smooth out its issues. In a highly competitive landscape, it can’t afford to do anything less.

The New FACE of the Company

Facebook has unveiled a new logo that encapsulates the different strands of their business. An animated GIF version shows the logo cycling between blue, pink and green, representing the titular social network, Instagram and Whatsapp (which are, of course, owned by Facebook too). The logo is also now in all-caps, in contrast to the original, all lower-case version.

Facebook’s redesign reflects the way the business has changed over the last 15 years. As a marketing agency in Bradford, we know the value of a good logo redesign, and it’s a solid design idea. However, the logo itself has drawn criticism from sites like The Verge for its bland, generic appearance.

Moreover, while Facebook (sorry, FACEBOOK) hopes their new logo will foster some goodwill amongst its userbase, that goal is a tough hill to climb. The company has been mired in numerous controversies over the years, including a recent admission that politicians using the platform can lie in Facebook ads. Twitter has banned all political and issue-based advertising in response. 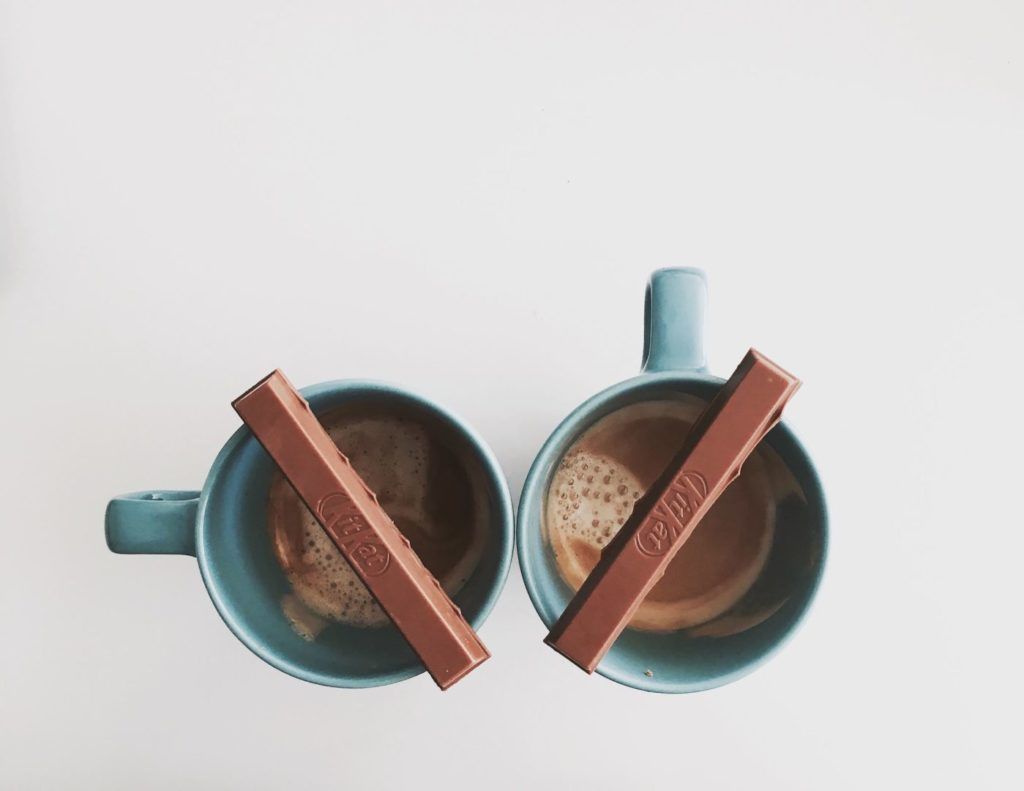 John Lewis has started selling a selection of luxury KitKat flavours in its stores. According to York Press, options include Whisky and Ginger, Nuttylicious and Zingtastic Gin and Tonic. If you can’t make it to a brick-and-mortar branch, the KitKats are available on the John Lewis website at the moment.

It’s an interesting move for the company, even if novelty KitKats aren’t that big a novelty. Japan is famous for selling KitKats in a wide range of wacky flavours, including plum soda, soy sauce and (our personal favourite) baked potato. Still, this kind of product is a great fit for John Lewis’ luxury brand, especially around Christmas.

While it’s probably coasting on goodwill from its recent Christmas advert, we recently reported that John Lewis is struggling as a company in our Christmas ad roundup. We doubt this new promotion will do much to change that, though we’re curious to try the Springtime in Japan KitKat now.

Deliveroo? Not For You 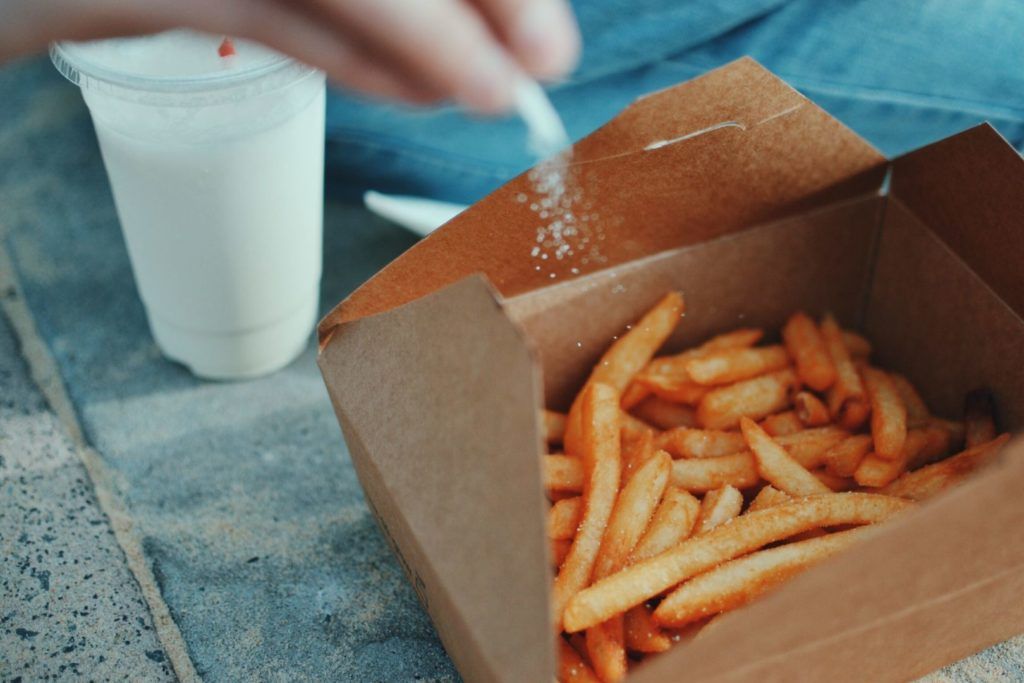 Food delivery company Deliveroo is offering a new, delivery-free service called Pickup to its customers. Prolific London reports that it’s a way for customers to save money on orders; customers in places like Spain, Australia and the Netherlands can also take advantage of it upon launch.

It’s not clear if customers will prioritise financial savings over convenience. Moreover, the Financial Times reports that the company is facing a few different problems at the moment. Their delivery staff have complained about working conditions (which Pickup is unlikely to satisfy) and the company as a whole has struggled to make a profit over the years. This last point is an issue with many similar businesses, especially if they aren’t working in an area with high urban density.

Deliveroo expects Pickup to be available at over 10,000 UK restaurants within the next year. If nothing else, they’re giving Pickup every chance to succeed. 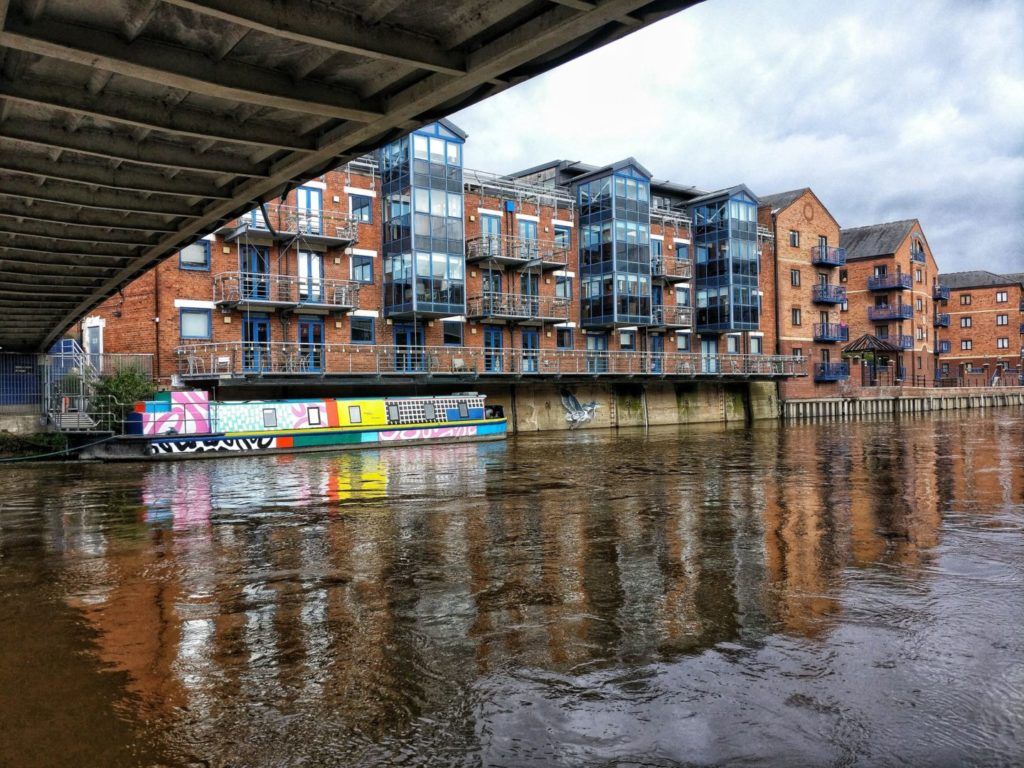 Leeds is being promoted as the UK’s digital heartland. The campaign is being run by a group called the Leeds City Region Enterprise Partnership, and reflects the high level of tech investment in the area.

According to Roger Marsh OBE, Leeds has over 200 tech startups attracting over £100 million in venture capital. This puts it well ahead of its northern competitors. The campaign hopes to build on this with a range of success stories from the Leeds tech community.

Leeds is also home to Leeds Digital Festival, the UK’s largest tech event, and several high profile successes including the new Channel 4 headquarters. We’re proud to work in such a vibrant part of the country, and hope Leeds continues to thrive.

In a way, November has been a great encapsulation of today’s business landscape. Although they’re off to a shaky start, Stadia and Britbox could show us the future of our content consumption. Elsewhere, more conventional businesses like John Lewis and Deliveroo are struggling to adapt to our changing habits. Facebook is also in flux, though it isn’t the first company to use a rebrand to solve its problems.

If you’d like some assistance with your own marketing, Electric is proud to offer many useful services. Our marketing agency in Bradford has experts in getting the most from social media, and we can manage your social media presence for maximum effect. We can also create new branding from scratch, and design beautiful new websites to help your business thrive. Need something more tangible? Our retail packaging and print design services are here to help!